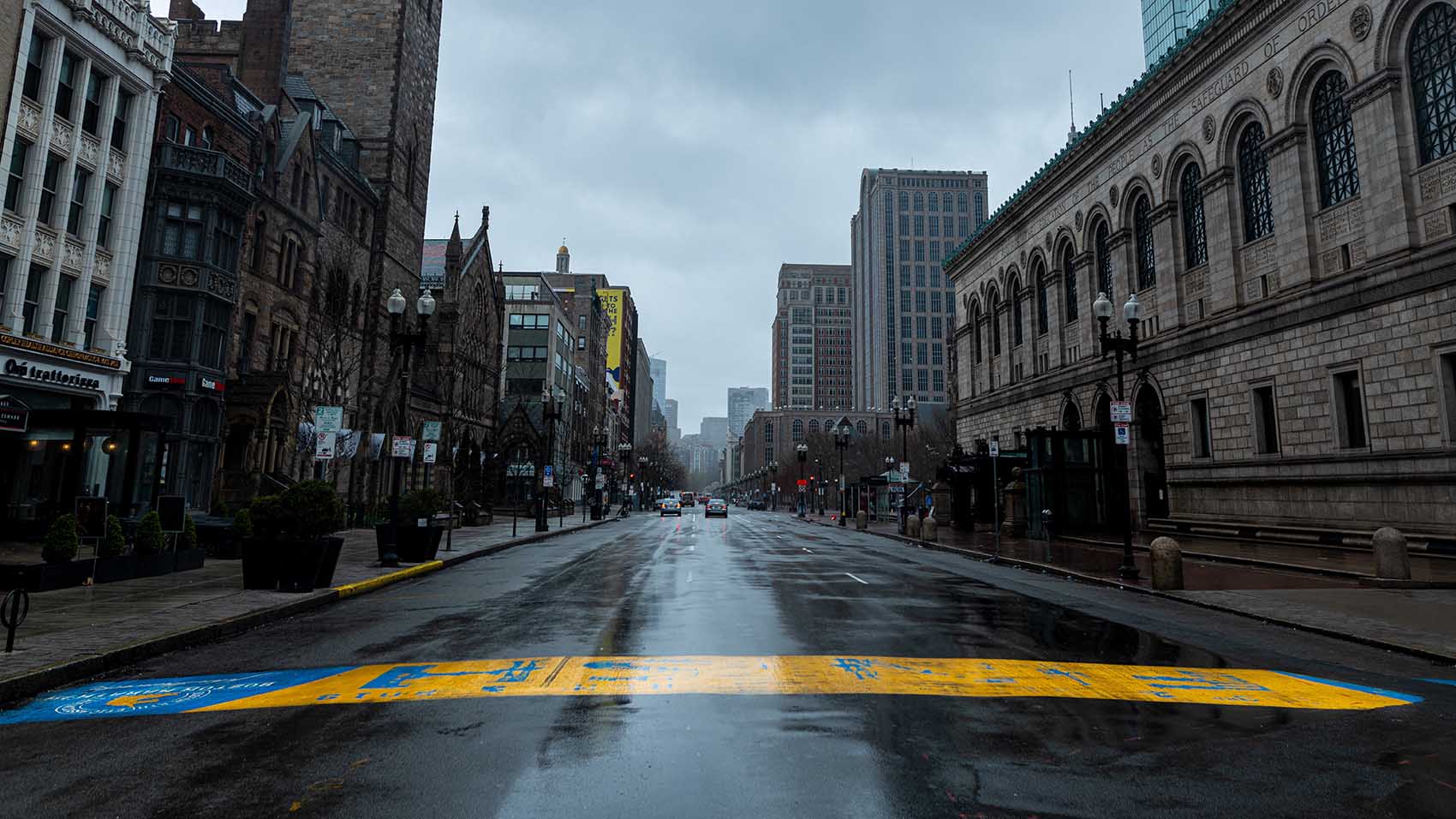 The Boston Marathon, the Revolution, and the Human Spirit

It is more than just a race, it’s a coming together of a community for a common purpose, and that is, the celebration of the human spirit in its pluckiest of forms! This part of the country is known for its work ethic and intrepidness, and if the marathon is anything, it’s proof positive that we can do great things if we commit ourselves to a lofty goal and take lots of little successive steps. In this case, running 26.2 miles, which if you were to try it without practice, would seem impossible. And on what would be Marathon Monday, we would have seen thousands accomplish on foot and on wheelchair (the Boston Marathon, in 1975, was the first major marathon to feature a wheelchair competition) something that without focus and training, would seem inconceivable. 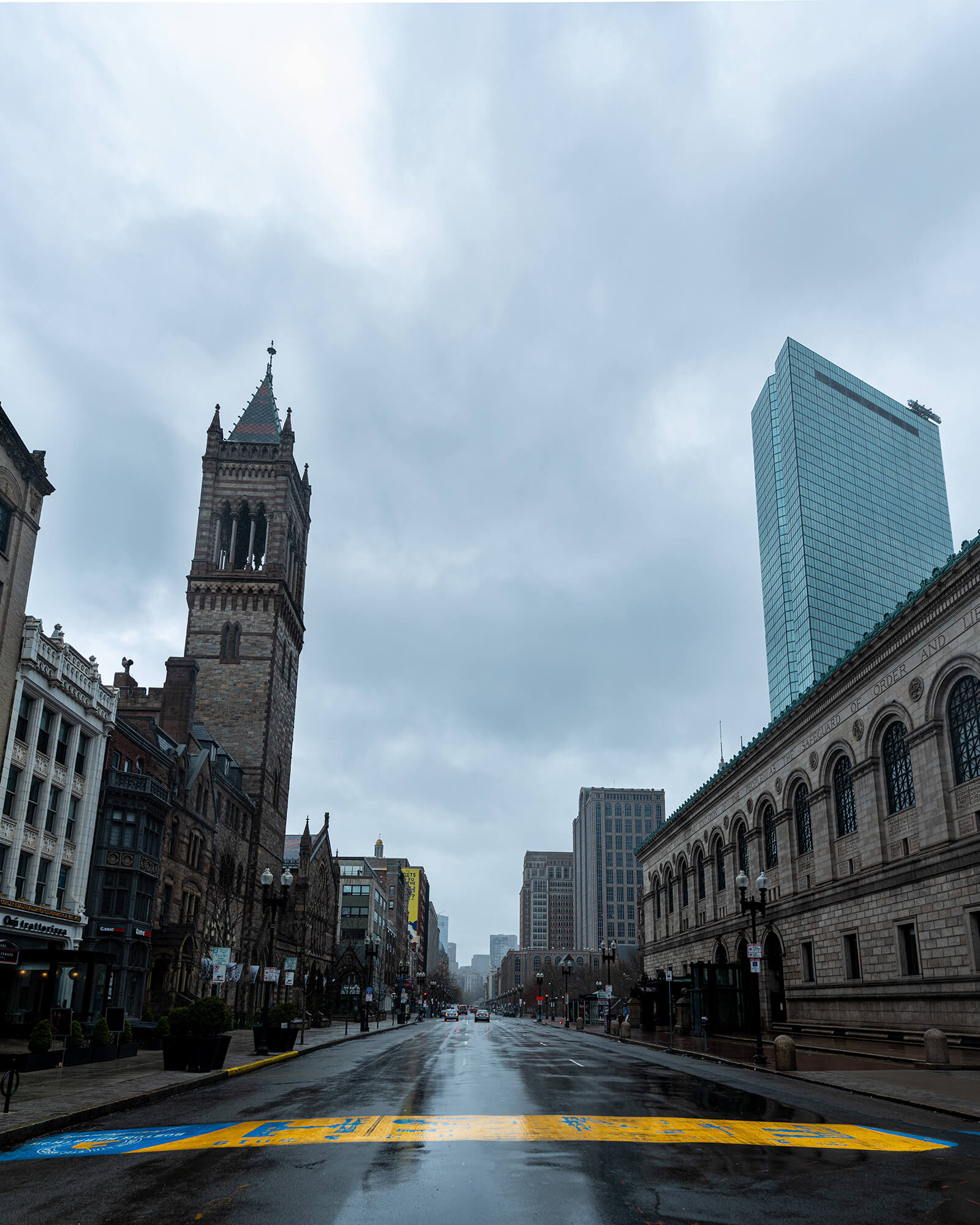 Growing up here in the Boston area, such plain diligence would become part of my family story (like it is for so many around New England), my dad having first ran the Marathon as a “bandit”, that is, an unnumbered participant in 1998, and my brother in 2009 and 2010 as a chartable program participant for the Mass General Hospital and Joslin Diabetes Center, respectively (more on that later). Every morning of the marathon during my childhood, some of the more senior members of my community would dress in elaborate Revolutionary garb with muskets, fifes, and drums and simulate—with lots of pomp and music—the valiant march to Lexington. It always struck me as a bit incongruent seeing all those old, Waspy, Ben-gay slathered, stridently straight men dressed in such bright and flamboyant attire, and tricorn hats. It was always something I associated with the onset of Spring, along with the ornate and unwieldy plumage strut of resident turkeys. I have considered running the marathon myself, but admittedly, I have really enjoyed the many spirited day-drinking, pub hopping, Sox-watching (opening day is also on Marathon Monday), family-oriented celebratory activities that make Marathon Monday what it is.

It is no secret that Marathon Monday falls on Patriots Day, a day that celebrates the ride of Paul Revere, in an equally ambitious, but actually much shorter race (about half a marathon, actually) on horseback to notify Samuel Adams and John Hancock of the troop movements, plans of imprisonment, and impending conflict with British Troops in the Battle of Lexington on the evening of April 18, 1775. Their aspirations were as impossible as running 26.2 miles in under 3 hours: resisting an Empire that had a presence on every continent on the planet and whose influence was unparalleled in human history. Most of what became the mythology of Paul Revere is encapsulated by the poem, aware to many New England school children by Henry Wadsworth Longfellow, appropriately called “Revere’s Ride”:

So through the night rode Paul Revere;
And so through the night went his cry of alarm
To every Middlesex village and farm,—
A cry of defiance, and not of fear,
A voice in the darkness, a knock at the door,
And a word that shall echo forevermore!

It is both odd and understanding that Longfellow’s poem became seen as a sort modern American Bible story. Teachers taught about Revere’s Ride as though Longfellow’s poem was a first-hand account. And though his ride may not have exactly resembled the drama that has become part of the comic strip of American liberty, what is important is that what the Sons of Liberty were aiming to do, was, to use a Bible analogy, of David vs. Goliath proportions. And to lend an oft thrown around Winston Churchill quote these days, “It is not even the beginning of the end. But it is, perhaps, the end of the beginning.” They had resisted the imposition of taxes and norms for years, but now was the end of the beginning of the resistance of words, and the beginning of a resistance in action too. The next day, at The Battle of Lexington, the start of 8 years, 4 months, and 15 days of military conflict (and hard work) would begin.

Not even the people involved in this uprising would ultimately know the implications of what they started. And that is the point, for me at least, of what this day really means. A holiday that celebrates the human spirit, regardless of national identity, religious affiliation, physical ability, or even age. A place where my young eyes saw Dick Hoyt push his wheelchair-bound son Rick for 26.2 miles every year like clockwork. A city where only hours after the 2013 Marathon Bombings defiantly exclaimed, in the words of David Ortiz,

“This is our f——- city. And nobody’s going to dictate our freedom. Stay strong.”

The 2013 Marathon Bombings, the last time Bostonians had a stay-at-home order, was the beginning of the #bostonstrong moment. A moment in which we embraced strength and defiance, rather than fear and intolerance. And though the times we find ourselves in now are different, many of the challenges that we face are going to require the same audacity that got us out there on the marathon route in 2014.

It is a cliché, but Rome was not built in a day. And all great feats, like a marathon or an enlightened revolution, always consist of a lot of small steps in the same direction.