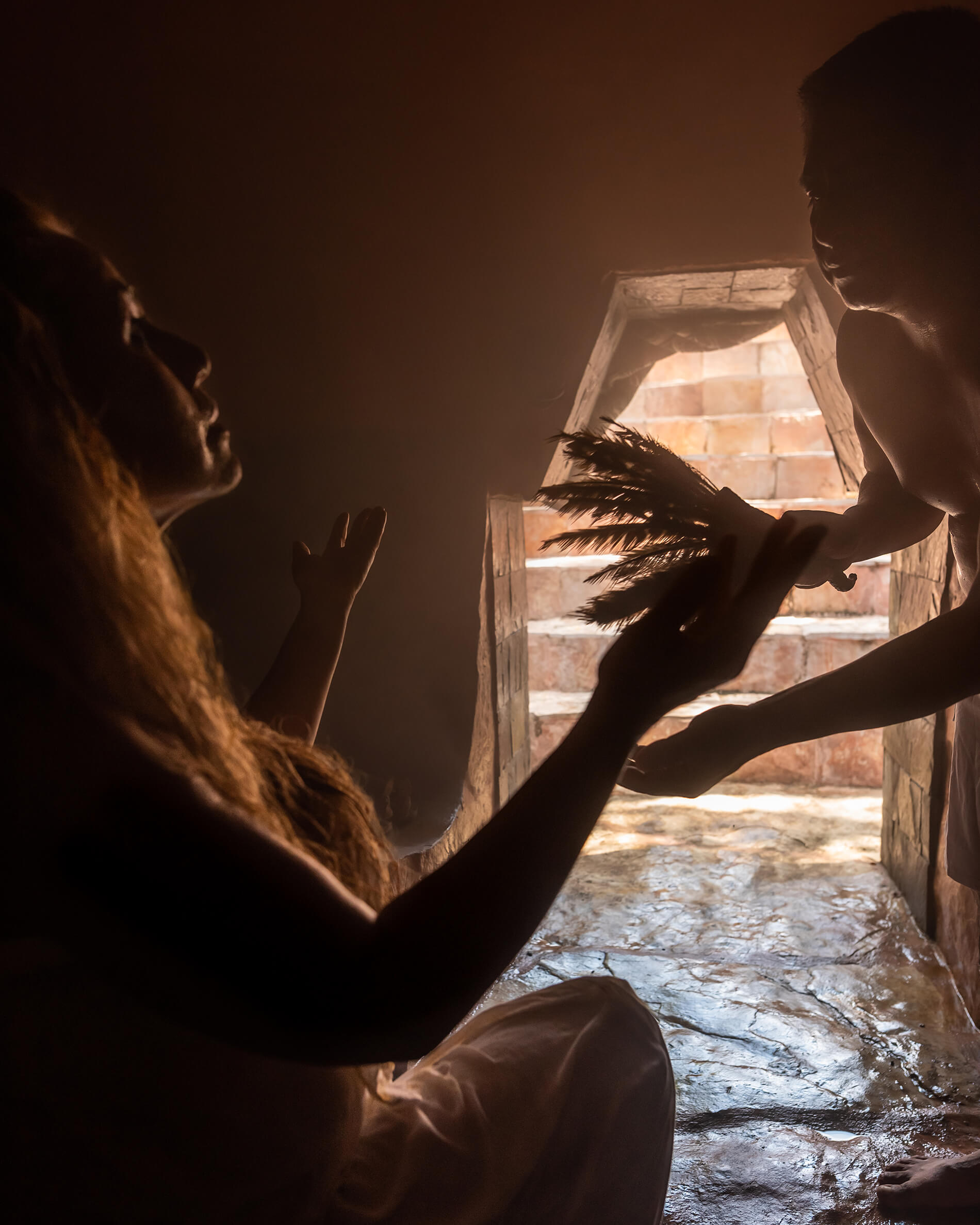 America and the Self-help Consumerism Complex

The Temezcal has become an increasingly fashionable “spiritual”, “cleansing”, and “restorative” practice, even among some of America’s well-heeled elites. The metaphor of a grown man sliding through a brick and mortar uterus notwithstanding, a Temezcal, that is, a Mesoamerican steambath ceremony evokes thoughts of Plato’s Cave Allegory and evangelical “spiritual rebirth” dunking ceremonies. That said, this particular moment of “rebirth” was a bit marred by what preceded it. At the beginning of the ceremony, rocks were stoked in a nearby fire and brought into the dark and dank interior. Some unintelligible chanting ensued while water was added to the hot rocks at the center of the “house of heat”. For the cynic in me, witnessing white “new age” sweat lodge acolytes was a bit much without any additional irregularities. As steam started to envelop this womb-like space, I noticed an illuminated rectangle piercing the ethereal space like an apparition. At first glance, I wasn’t sure what it was. But as my mind started eliminating the possibilities, it became unambiguous: it was an iPad in a waterproof case. My uncontrollable laughter reverberated through space like a fart in a yoga studio, that is, it cut through the silly solemnity of what I like to call the “self-help consumerism complex”.

Self-help for the well-to-do: The consumerism complex

For the record, I do enjoy yoga and a good sweat lodge experience, and they do have demonstrable health benefits, but I certainly do not see any of the pomp and chanting as a substitute for living a self-examined life. Most of the participants in this Temezcal experience were indeed white well-to-do Americans. For those that haven’t had the pleasure of spending time in this extraordinary country, America is a place where people have unwavering faith in belief. If that sounds a bit redundant, let me clarify a bit. America is a place where people have the freedom to believe what they want to believe, thank god–pun definitely intended. This founding principle spawned, for better and worse, a proliferation in spiritual and self-help products, as the President would say, the likes of which have not been seen. Whether it is a supplement claiming renewed bedroom vigor (and “blood flow”), direct-to-consumer pharmaceutical ads promoting plaque psoriasis relief, infomercials promising “abs” with limited or no aerobic effort, self-help books as step-by-step guides to instant riches, or redemption and absolution by virtue of being “born again”, people here often look for “something” transformative without having to put in the necessary grunt work. One of the great ironies is that the most recycled self-help guru in the country, Jesus Christ, was a man of quite modest means, unwavering empathy, and uncompromising principle. 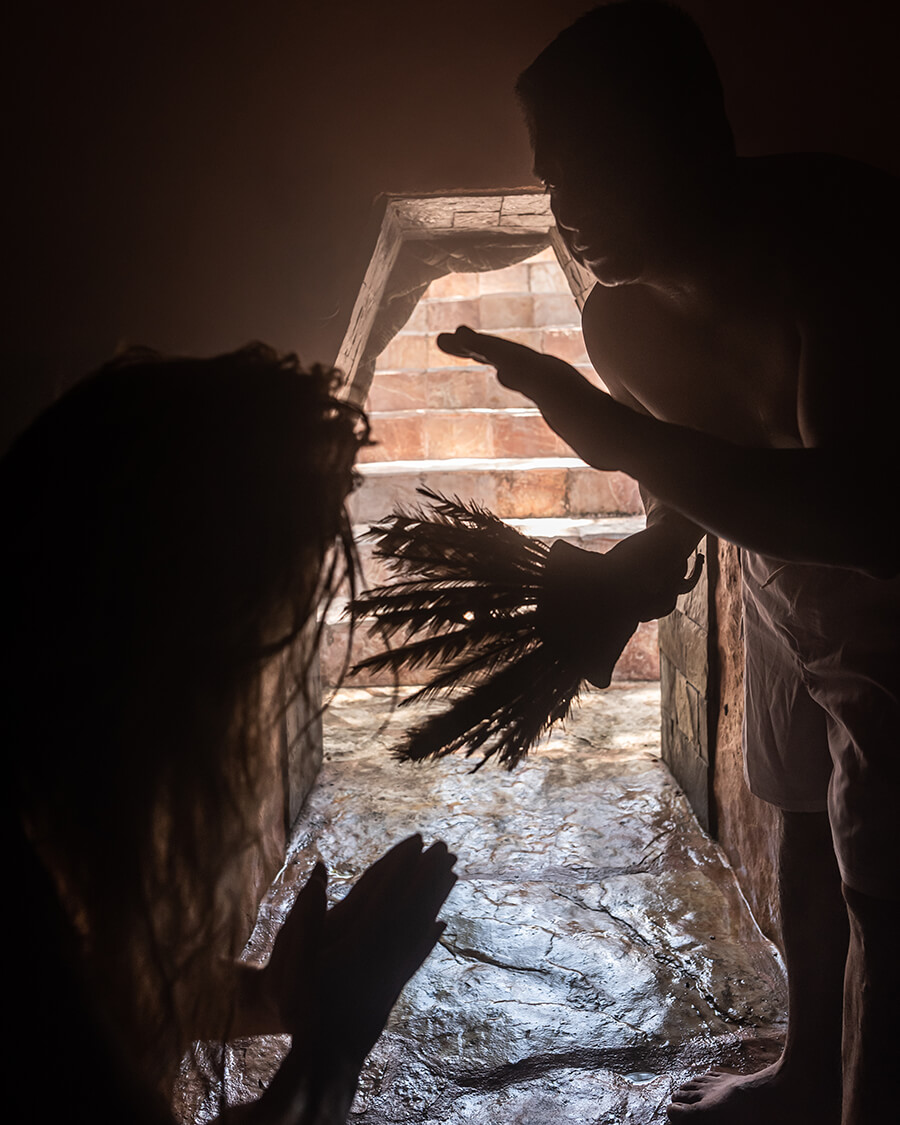 Self-Exploration: The key to spiritual development?

About 2,500 years ago, three thought leaders were simultaneously (more or less) emerging on the spiritual scene, that is, the Buddha, Confucius, and Socrates. Two of them in particular, that is, Siddartha Gautama (Mr. Buddha) and Socrates challenged prevailing systems of superstition, dogma, and the norms propping up their respective political and economic elites. Socrates, for example, believed that being a good person consisted of constant (and merciless) self-examination. He thought the common practice of paying homage–in the form of animal sacrifice–to the multitude of Greek Gods did not make for a good person or Athenian. According to Socrates, one would have to account for his or her actions in minute detail–sort of like an ethical tax return)–and there would be little room for compartmentalizing, that is, there was no ruthless self-dealing on Saturday, followed by prayer on Sunday. And it was not necessarily because he believed in any reward in the form of an afterlife. He just thought that unchecked self-interest was damaging to the soul and to society. What he would have thought about our culture of spiritual consumerism is anybody’s guess, but I am sure he would have seen it for what it appears to be: a for-profit charade. For the Buddha, self-exploration and introspection were critical to his spiritual development. He was a don’t-knock-it-until-you-try-it spiritual explorer. That is why he spent a six-year period experimenting with asceticism–a practice of rigorous self-denial. We’re told he ate a single grain of rice per day–talk about extreme intermittent fasting! He went from living a life of great wealth and opulence, to a life of stark self-denial, and came to the conclusion that somewhere in between the two was how we ought to live as individuals and as a society. For him, and indeed for Socrates, a political system incentivizing self-interest and extreme wealth inequality would have been counterproductive and just plain wrong. And Jesus, of course, had very similar values about for-profit spiritual consumerism–he didn’t kick the money changers out of the temple because he thought profiting from the spiritual vulnerability of the flock was a good thing.

To bring this back to my sweat lodge experience, because I have seemingly gone far afield, we all have a yearning for answers to the unanswerable and to solve our most personal problems. But more often than not, the easiest answers–that is, spiritual appeals for instant salvation, the latest fad diet, the self-help “Secret”–not only fail to solve those intractable problems, but they also make us looks pretty damn silly–and as it turns out, provide great material for a good laugh over strong Margherita’s in the Yucatan.