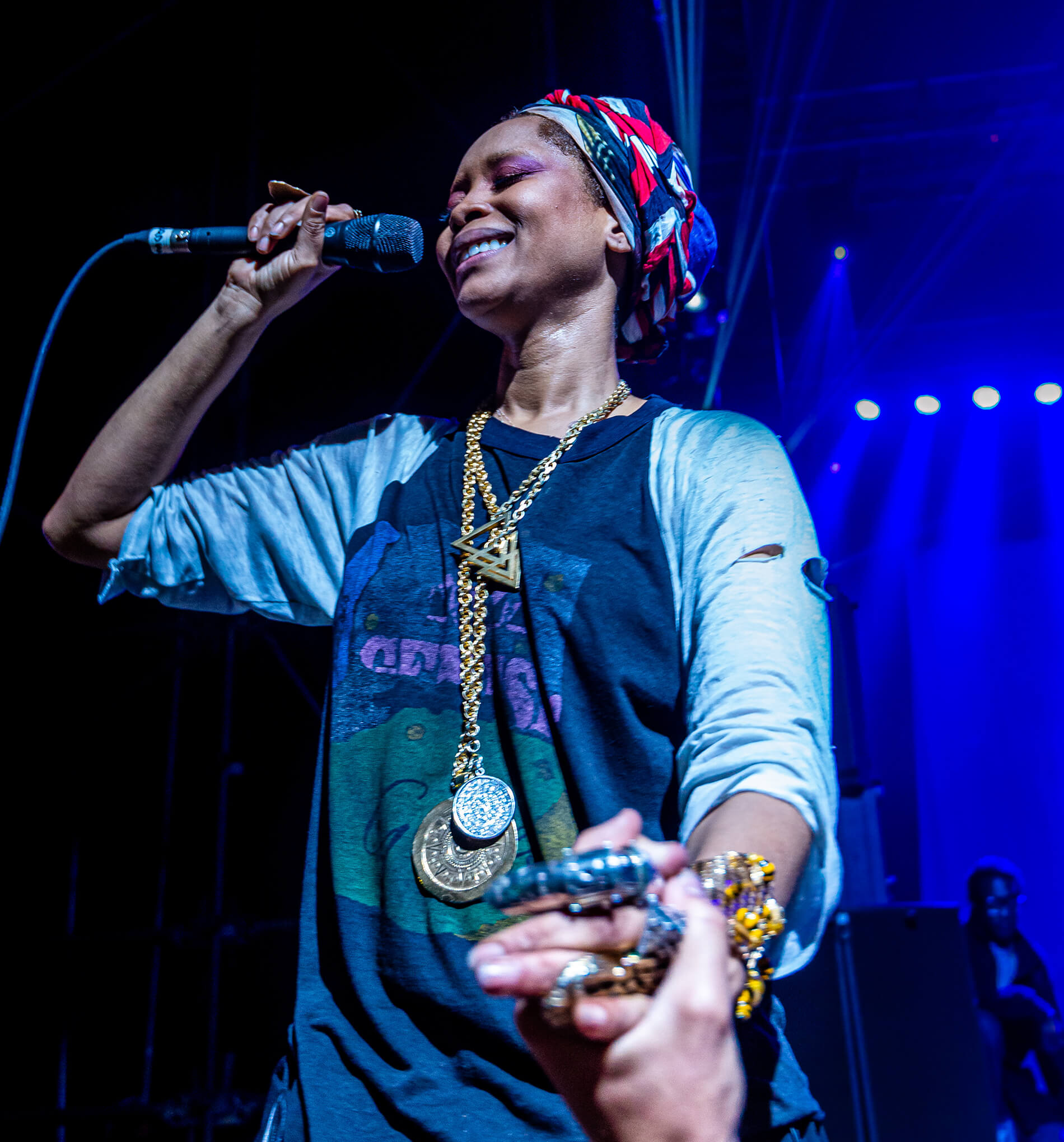 Erykah Badu and the Importance of the Provocative Artistic Mind

This is Erykah Badu at the Byron Bay Blues Fest several years back.  I must say, out of all the performances I had the good fortune of seeing, hers was THE one that was brimming with a vibration indicative of unrestrained artistry.  Not to say that some of the other performances weren’t impressive—and dance-party worthy—but hers, like an expertly made wine, left much more on the pallet than some of the more saccharine performances that you are inevitably subjected to at the bigger music festivals. 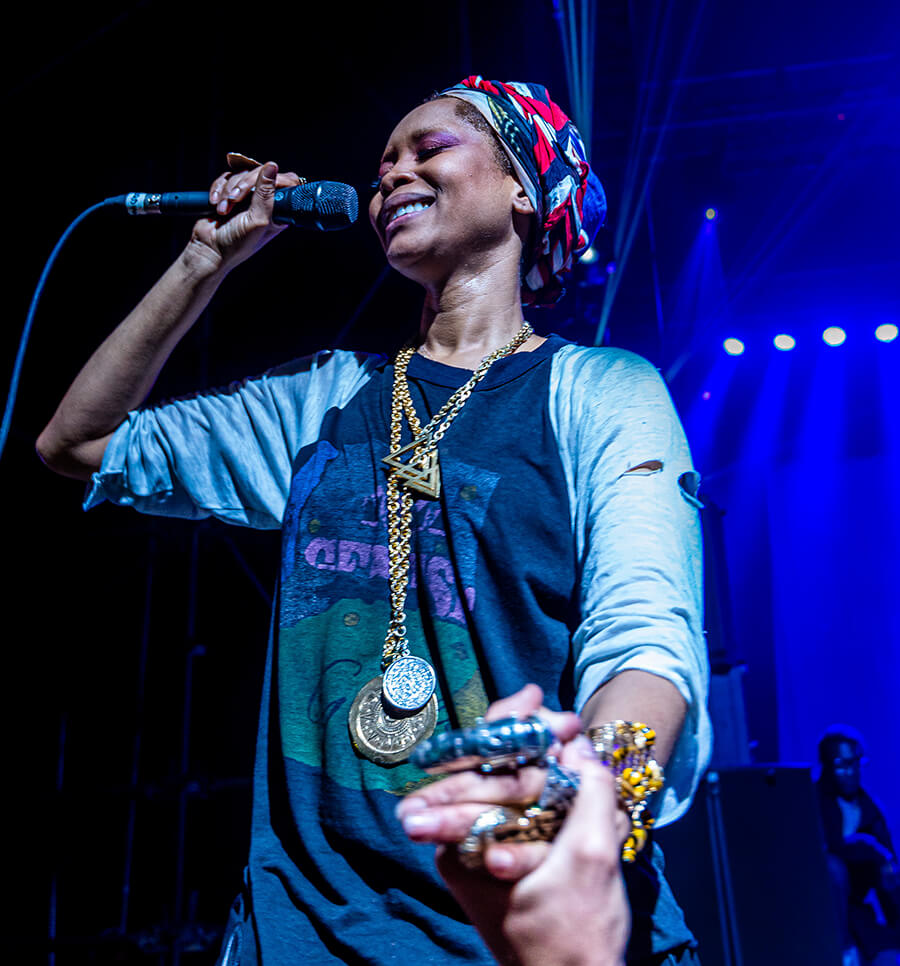 Ms. Badu, from my point of view, is the type of artist that clearly does not fit into the parameters of the more “manageable” big-box musicians.  She has also said some pretty provocative things that have not endeared her to some people, and I get that, but she has demonstrated a gadfly-like candor throughout her artistic career that is not common among what today we would call artists.  Many creatives today will say the “safe” thing, that is, they are managed and very carefully coached to say and do just the right thing for the sake of sales numbers, merchandising, corporate interests, etc.  One of the reasons I suspect—at at least until recently—so many celebrities were reluctant to come out as gay, isn’t because they were necessarily worried about what their progressive friends and peers would think—it is Hollywood, after all—it is rather what the general population, that is, their audience (and advertisers) would think about such revelations.  For example, would Tom Cruise have been as viable a “masculine” lead if he came out as gay in the early 90s?  Would his coming-out have influenced the roles he was cast in, and therefore his success?  Clearly, we’re not living in the early 90s, and attitudes have changed, but this is a conundrum that many popular artists face, whether it be about their sexuality, political views, people they associate with, or things they say publicly that might be taken out of context.

I am not casting stones at those artists that have chosen the path of least resistance, but I do believe the most important and consequential artistry—and comedy—happens when artists are provocative, and say, “I’m not going to dilute or sanitize what I really mean or stand for”.  Like a canary in a coal mine, intrepid artistry detects (often unconsciously) societal toxicity. Picasso’s Guernica is a historical example of such unfettered artistry.  If you are unfamiliar with the work, Guernica is a painting that depicts, in graphic modernist detail, the bombings of a small town in Spain by Nazi and Franco-allied fascists.  Picasso, living in Nazi-occupied France in the 30s, did take a considerable risk to his personal safety by promoting his largest work in terms of both scale and controversy.  One story had a Gestapo officer barge into his studio and ask Picasso, “Did you do this?”  To which he very cleverly replied, “No, you did.”  That is what I like to call a “Picasso burn”!   As Picasso later said about Guernica,

“Painting is not made to decorate apartments. It’s an offensive and defensive weapon against the enemy.”

Guernica was a political statement, there is little doubt about that, but it was more than that.  It was an affirmation that painting is more than just demonstrating artistic competence.  It was a rebuke of a culture of artistry that was too academic and too scared to make any strong social or political statements.  And this is obviously not something unique to the 1930s, it is something that is as important and relevant today as it was when Guernica was touring around Europe.

There are many things that Ms. Badu has said that I fundamentally disagree with (like her support of R Kelley), but what I do like about her is that she has the independence of mind to say and consider things that just don’t fit neatly into the bucket of conventionality.  There are a few popular artists that fall into this category, but there are many more that would never take the associated risk to say something that could alienate users or audience members.  And while those artists aren’t the problem, they certainly don’t point to the problems associated with the status quo, that is, systemic racial inequality, income inequality, religious bigotry, environmental degradation, groupthink, and all of the other important social, political, ecological and cultural issues that we have to reckon with.

The culture of embracing conversation instead of cancellation

Social media has clearly made it easier to publicly crucify people without discussion.  It has made it easy to dismiss people—and even have them fired—for saying things that are controversial, without the opportunity to contextualize or clarify.  We all say things that could be misconstrued (or are stupid, short-sighted, out-of-touch, you name it), but it is important that we have a culture that embraces conversation instead of cancellation.  A culture that understands that sometimes saying a provocative thing can lead to a clarifying and enlightening conservation.  Obviously, there are cases where such things might be irreconcilable, but in the times we are living in, it is more important than ever that we really try to have those conversations and understand why the provocateur is provocative.