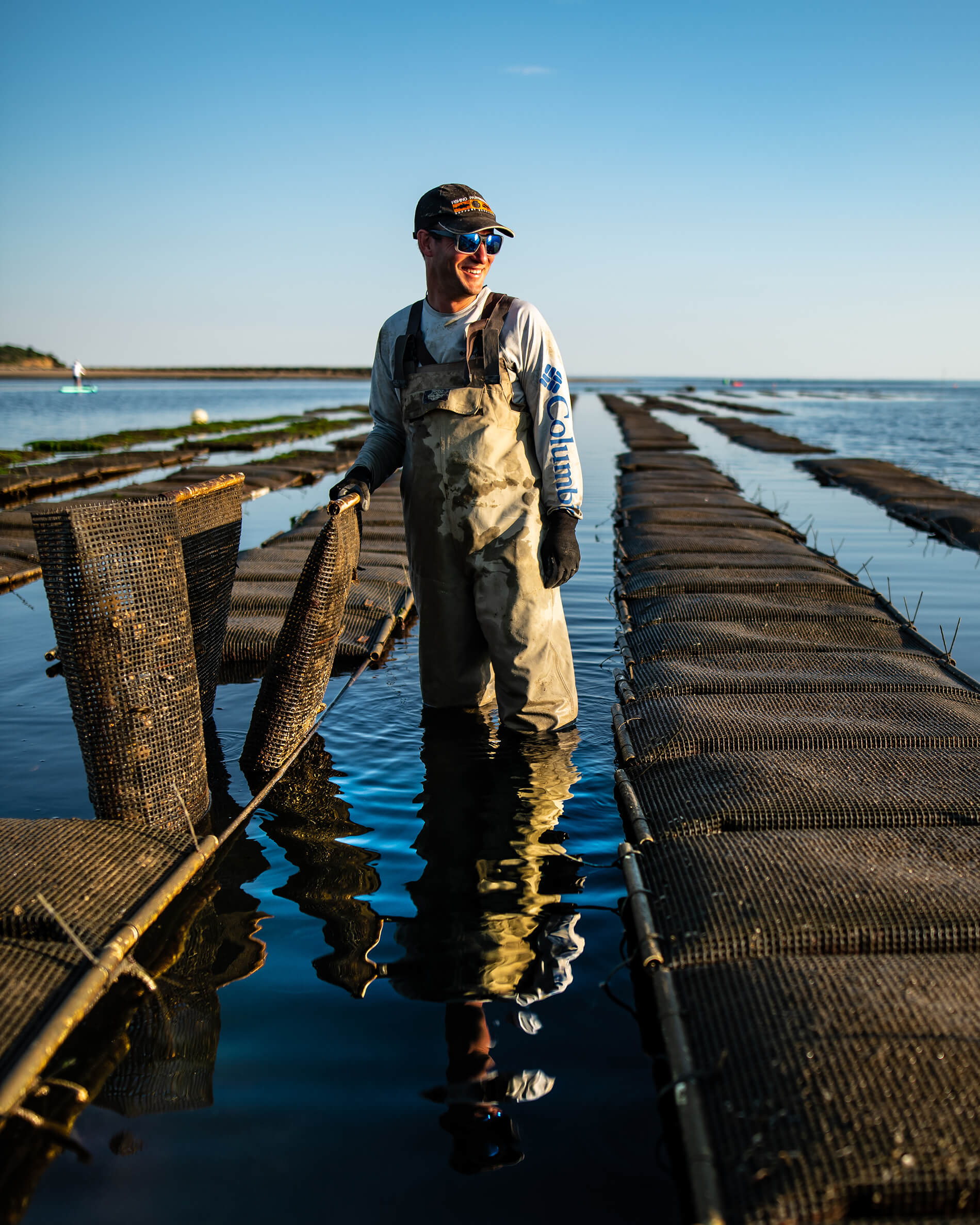 Why Eating Oysters is the Ethical and Delicious Thing to Do

I half-jokingly asked an oyster farmer, “Do you reckon I should get a tax write off for buying oysters and mignonette?  I mean, am I not doing an ecological service by eating oysters?”  He laughed and said, “Yeah, you really should.  It serves the environment much better than eating cheeseburgers!”  This may have been a sort of tongue-in-cheek exchange, but having thought about it a bit, it isn’t such an outlandish idea. An individual adult oyster filters about 50 gallons of water per day–a staggering quantity considering their diminutive size.  The general public is also becoming more conscientious about the environmental impact of the food they put in their mouths.  In part, that is why so many environmentalists are encouraging people to eat less red meat, eat in season, and buy local.  Oyster cultivation is an arduous task, or as I like to say, a labor of love, but the results are both very tasty and of service to waterways that supply our streams and rivers.  Oysters are like the nitrogen-busting swat teams of our estuarine waters.  To give you an idea of the scale of the nitrogen-related issues and their impact, it is important to take a step back.

According to The Organization for Cooperation and Development (OECD), there are 880 oceanic dead-zones across the world.  An oceanic dead zone refers to a body of water that is hypoxic, that is, water lacking adequate oxygenation to support marine life.  Dead zones are the marine equivalent of an underwater wildfire.  Nitrogen concentrations and water temperature conspire to cause large algae and plant life blooms.  Those green and red plant swarms act as an oxygen sink and the marine organisms left in its wake are suffocated before being able to escape to more oxygen-rich waters.  When these blooms occur, dead fish can be seen in biblical quantities floating on the surface of the water.  Oceanic dead zones are largely the result of nitrogen-intensive industrial-scale farming.  To give you an idea of the scale of the problem, the Gulf of Mexico has one of the largest hypoxic tracks of water in the world, fluctuating in square milage anywhere between the size of Delaware and New Hampshire.  Not only does this result in environmental degradation, but the economic loss to major commercial fisheries and tourism are also exorbitant.  The National Oceanographic and Atmospheric Administration (NOAA) estimates that the Gulf of Mexico’s dead zone costs the fishery and regional tourism industry $82 million per year.

Forest Gump and the Bubba-Gump shrimp empire was built on the nutrient-rich waters of the Gulf of Mexico.  If we are to have a healthy ecosystem that supports as Bubba called it, “the fruit of the sea”, we are going to need to hold large commercial farms accountable for their nitrogen outflows.  In the meantime, we should also heavily subsidize oyster cultivation.  Oysters surveyed in Cape Cod sequestered .32 grams of nitrogen on average, and though that may not sound like much, if you multiply that by millions of individuals, we really start seeing a sizable impact.  For real-world numbers, look no further than the Billion Oyster Project, a STEM program through the New York Harbor School with the goal of restoring 1 billion oysters to New York Harbor by 2035.  As of 2019, 30 million oysters have returned to New York Harbor and 7 acres of reef have been reclaimed.  Over 6,000 high and middle-school students have participated in the STEM program and it is estimated that these bivalves have filtered 10.9 trillion gallons of water and removed 6.75 million pounds of nitrogen to date.

So do yourself and the environment a favor: learn how to shuck, support local aquaculture efforts, and eat as many of these delectable bivalves as your seafood-loving appetite desires.

Check out the 360 videos of Oyster Farming on our 360 Gallery.