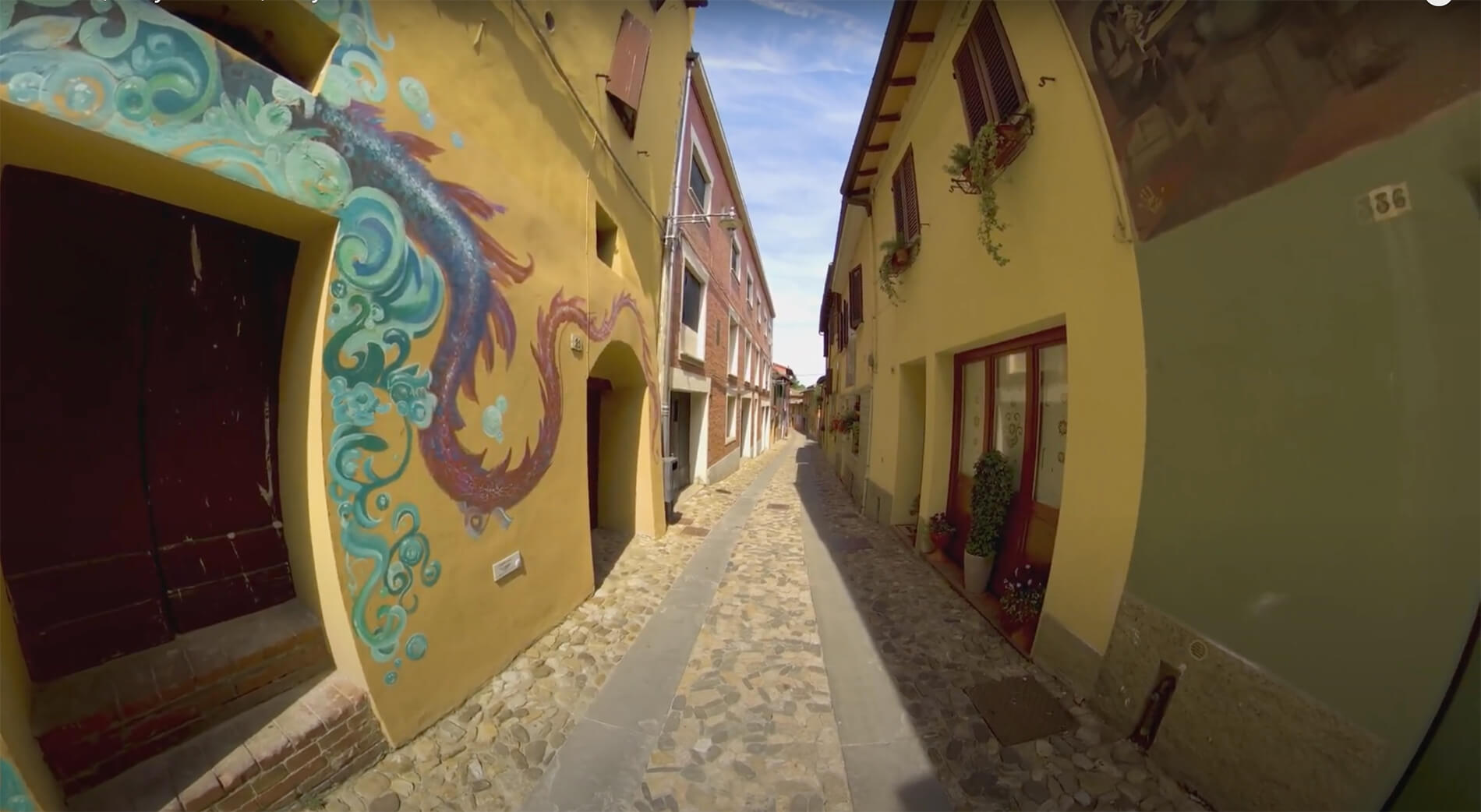 Dozza’s Muro Dipinto and the Legacy of the Italian Fresco

This is the village of Dozza, a small but remarkable town in the northern Italian region of Emilia-Romagna. Dozza hosts a biannual art festival, called the Muro Dipinto, inviting muralists from the far reaches of the world to adorn the stucco walls of this medieval enclave. Murals are almost necessarily public-facing, and as a result, often take on more spiritual and/or political themes. Murals and frescos have long been a source of Italian national pride, historical tradition, and technological innovation. In the 14th century, a technology developed in Italy called Fresco Secco would result in artists being able to capture a level of realism previously unattainable using traditional fresco methods.

Fresco secco provided several advantages over the prevailing method of the day, which required the muralist to commit pigment to plaster while the plaster was still drying. This meant that muralists had to paint within a very confined and hurried window, and revisions would not be possible once the plaster set. In many ways, The Last Supper represented the culmination of the fresco secco method. And while it is easy to get lost in the obscurity of technological shop talk, it is important to understand how this particular innovation helped artists, like Leonardo and Michelangelo, create images more faithful to the photorealism they were trying to achieve.

Leonardo was an infamous procrastinator and perfectionist, constantly revising his original works, leaving works unfinished, or simply deciding that he would rather go home than stand in front of a blank wall without any inclination to paint. Leonardo would not have been keen on a commission that he could not revise, retouch, or completely scrap. According to scholarly accounts, the patron responsible for commissioning The Last Super, Ludovico Sforza, started to lose his patience with what he saw as Leonardo’s insufferable dawdling. Upon being confronted by the wealthy patron, Leonardo would remark:

“Men of lofty genius sometimes accomplish the most when they work the least…for their minds are occupied with their ideas and the perfection of their conceptions, to which they afterwards give form.”

(apparently, Leonardo was not above occasionally trolling his patrons)

It is interesting how murals and frescoes have evolved over the centuries. The works in the fresco secco method, in many ways, presaged modern mural painting, which uses primarily oil and water-based paints on (dry) walls. Before fresco secco, creating a highly realistic and compelling pictorial scene on a wall was a really difficult task. Now murals seem to be popping up everywhere and are often accompanied by their aerosolized—and more modern—cousin, graffiti.

Though the technology has evolved, what really has not changed is that frescoes, murals, and graffiti continue to be for public consumption, and therefore one of the best and most immersive forms of political and religious artistic expression.