In 2017, Thomas Freedman hosted a National Geographic mini-series entitled Out of Africa. Not to be confused with the captivating Robert Redford and Meryl Streep starring romantic epic directed by Sydney Pollack. In the opening sequence, Freedman travels to a trading post in Agadez, Niger, where millions of Africans coalesce for the risky and costly journey to the European continent. Citing swelling migration numbers to the European continent, Freedman poses the question, “How much of this massive human migration is being pushed by climate change?” As you watch Freedman’s series, the interviews tell an increasingly familiar tale: the desertification of communities bordering the Sahara. Desertification is a natural phenomenon, but one that is being supercharged by climate change. That desertification makes previously arable land completely unfarmable, hence, the climate refugee issue. 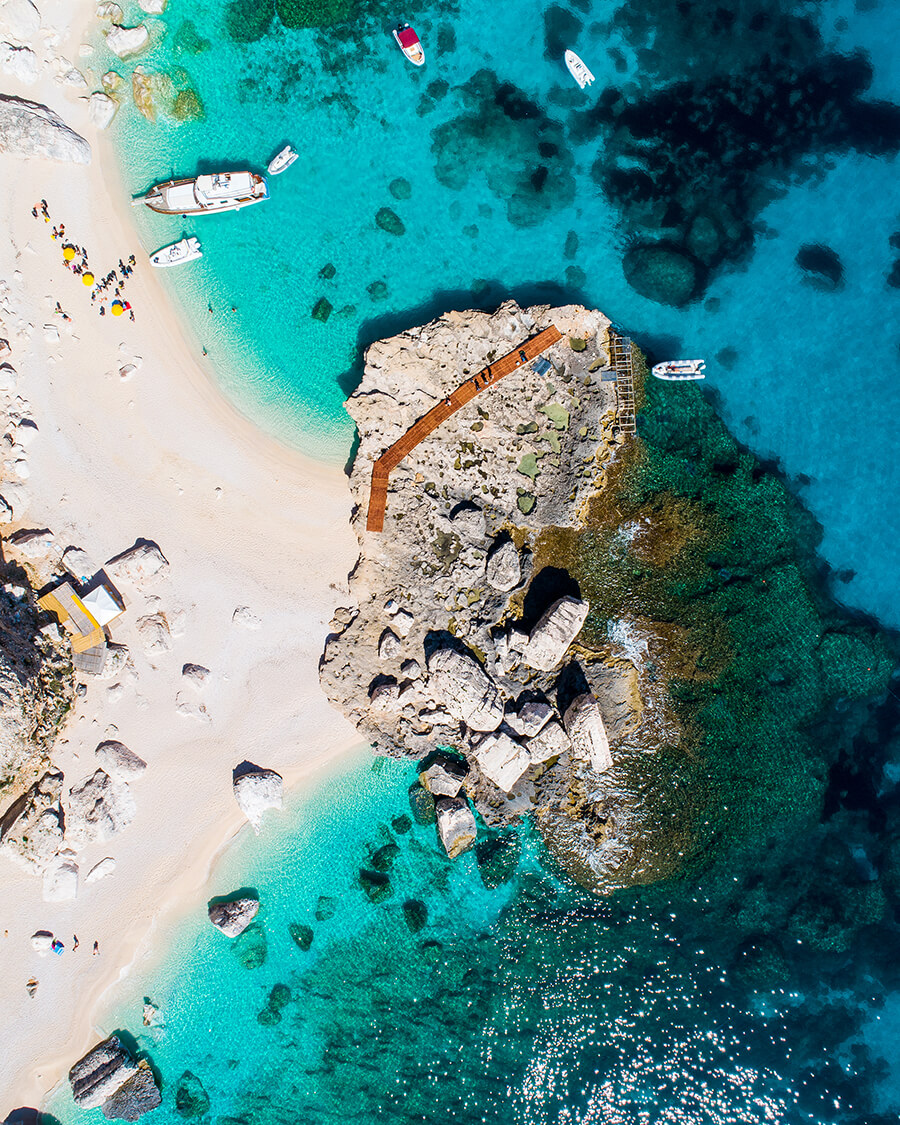 The above image is of the picturesque Gulf of Orosei. Cala Marioulu (the featured beachscape), while remote and seemingly insulated from the world’s woes, is part of Sardinia, a central transit point for many African climate migrants. It also happens to be the location of one of my favorite Monty Python sketches: the Olympic final of the men’s hide-and-seek. Incidentally, it was harder for them to think of anything more hilariously remote to hide than Sardinia. You can watch for yourselves here: Monty Python – Olympic Hide and Seek

Like many of the seemingly communicable problems that have reared their ugly heads this year, coronavirus included, our individual choices exacerbate many of these global problems. As it turns out, the man who does not wear a mask isn’t only putting himself at risk of disease and death; he is putting all those in his contacting-tracing web in danger too. The affluent woman who insists on “flying private” to Telluride is not just participating in an inconsequential jet-setting act but fueling the desertification that makes climate migration an even more likely scenario for subsistence farmers. In other words, 2020 was the year where out-of-sight-out-of-mind milo permanently fractured. It is the first year of my life in which I legitimately asked myself, “Could my Bumble date kill my parents?”

2020 was, as Andy Cohen of CNN put it, a fecal year. If there has been one year in my life that felt legitimately apocalyptic, this has been the one, which brings me to a point about resolutions that should prompt some reflection. Most post-new years goals are “I” centric; that is, they fall neatly into the bookstore’s self-help genre. While making changes to our routines, habits, and lifestyle choices is always worth thinking about, this year prompted me to reflect on how my behavior affects other people. What can I do to mitigate my behavior’s impact on those out of sight, like the African subsistence farmer or the family living in a trailer park west of route 495? What is it that I should do as an individual to stave off ecological catastrophe in the form of climate change? What can I do to alleviate the suffering of those that live outside of my immediate bubble of experience? How can I engage with those on the other side of the political aisle constructively and effectively? How can I make goals more about “us” and less about me?

“It’s all about me” and advertisers know it

Advertisers have become particularly adept at seducing us with promises of six-pack abs, a bonobo-like libido, timeshare “opportunities,” ever-increasing real estate prices, and boundless wish-fulfillment (even technological immortality). Indeed, America has finely tuned the self-help obelisk. What an asset a culture of unrelenting belief in “the possible” can have. After all, we did successfully send a man to take a walk on the moon. But the toxic side of this ideology is a country attracted to quick and quixotic fixes, like a bug to a heat lamp. A country where the prevailing economic ideology is governed by an alleged impartial and just free-market creator (some call it an invisible hand), distributing wealth and power to the most worthy of such generosity. An America where George Orwell’s “big brother” more closely resembles a for-profit Trumpian-surveillance-capitalism chimera (think, Amazon, Facebook, and Google), than a tidy twentieth-century totalitarian regime.

Americans are poor, angry, and sick

Indeed, both parties have boozed on this ideological brew. A brew that has made Americans poor, angry, and sick. We must look critically at ourselves and reconcile the untenable economic reality that poor people on both sides of the political aisle find themselves in. Only then will we begin to address the political vitriol and hate that is circulating in our society. It is indeed vital to strive to be a better version of ourselves (I’m also trying to lose some of that COVID pasta-fueled insulation), but 2020 is the year in which our interconnectedness became undeniable. It is the year where my tinder date could inadvertently kill my septuagenarian parents. What appeared to be trivial decisions in 2019–like not wearing a mask or commuting by Gulfstream–are no longer just about us; they are about that African climate refugee and that first-responder struggling to care for the deluge of COVID patients. 2020 is the year that proved what happens in Vegas does not, as it turns out, stay in Vegas.