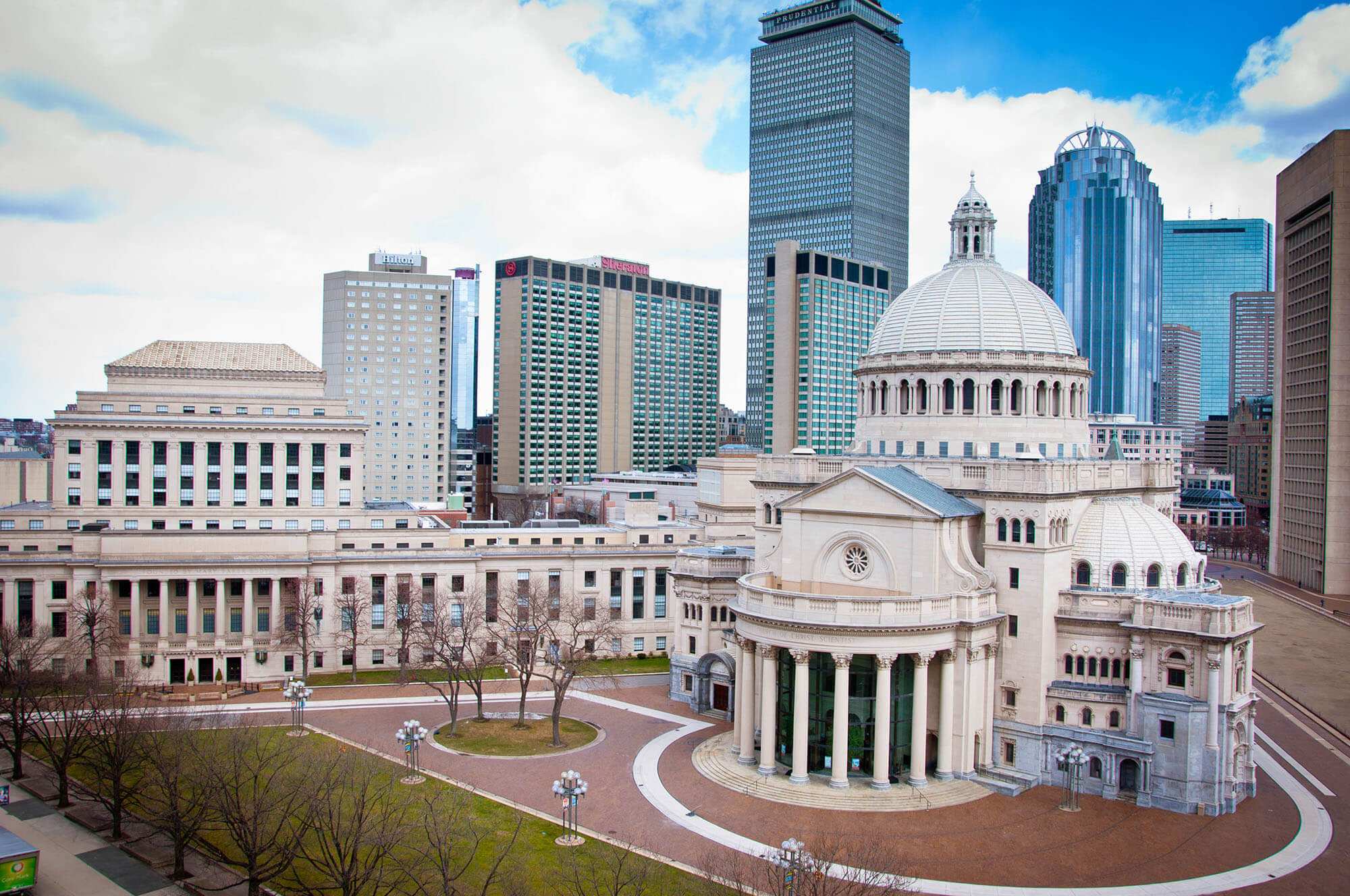 Christian Science, Coronavirus and the War on Western Medicine

The COVID-19 outbreak was described this week by several talking heads, and the President himself, as a war on an invisible enemy, and just like a conventional war, pitched battles and entrenched interests are starting to take form. In Florida, Governor Ron DeSantis finally issued a stay-at-home order, but only after being the only state with more than 5,000 cases not to have social distancing guidelines. The stay-at-home order is only in place until April 30 and does not apply to “essential activities”, which includes attending religious services.

If you have been anywhere near a television in the last two weeks, you are probably aware of evangelical pastors—like Rodney Howard-Browne—that have not only disregarded social distancing guidelines but also encouraged congregants to shake hands and embrace in the name of Jesus. While taking some footage of the Christian Science Plaza, I had the opportunity to talk to some friendly Christian Science adherents. One told me, “The real contagion is fear, not the virus”. To put it plainly, Christian Scientists do not believe in Western medicine. They are committed anti-vaxxers and attribute disease to delusions of the mind, not observable and measurable phenomena. In other words, the disease is not contracted by saliva droplets or invisible microbes, but a state of mind. According to Mary Baker Eddy, the matriarch of Christian Scientist theology disease prevention is quite straightforward:

“A calm, Christian state of mind is a better preventive of contagion than a drug, or than any other possible sanative method; and the ‘perfect Love’ that ‘casteth out fear’ is a sure defense”

“People believe in infectious and contagious diseases, and that any one is liable to have them under certain predisposing or exciting causes. This mental state prepares one to have any disease whenever there appear the circumstances which he believes produce it.”

If you have a hypochondriac in your family or are familiar with Woody Allen’s hysterically neurotic disposition, you will understand that believing you are sick does not predispose you to get sick. My grandfather smoked two packs of cigarettes a day, was a physician, and a life-long hypochondriac. He lived to the ripe old age of 87. Anthony Fauci certainly believes that COVID-19 is a measurable material phenomenon, and he is a very spry 79.

According Mary Baker Eddy’s logic, hand washing, social distancing, and sanitizing surfaces is not an effective way of preventing transmission. There are many religious people that are kind, congenial, and contribute in ways that are of great service to humanity, but these beliefs are not only demonstrably untrue, they also have a pernicious influence on public health.

This is also not something unique to Christian Science. Gordon Robertson, CEO of the Christian Broadcast Network (and son of founder Pat Roberston), told viewers on March 13 that Psalm 91 “promises” that “No plague is going to come near you when you are in him”. Ok, so does that mean that my health is really just contingent on my level of devoutness? According to that logic, Jews, Muslims, and Atheists shouldn’t fair well during this global pandemic.

So let’s put that logic to a simple test. According to WIN/Gallup International polls, Germany is 16th on their list of the least religious societies in the world, and yet their coronavirus mortality rate at just over 1% is the lowest in the EU. Some of that can be attributed to widespread testing (a larger denominator), but public health experts argue that Germany’s more favorable outcomes are also due to an ample supply of hospital beds, affordable access, availability of ICUs, and a public that has largely complied with lockdown guidelines.

Whether you are a Christian Scientist, Evangelical, or Atheist, I plead with you to listen to Anthony Fauci, medical experts, and the first responders that will inevitably be put in harms way if American’s don’t collectively listen.