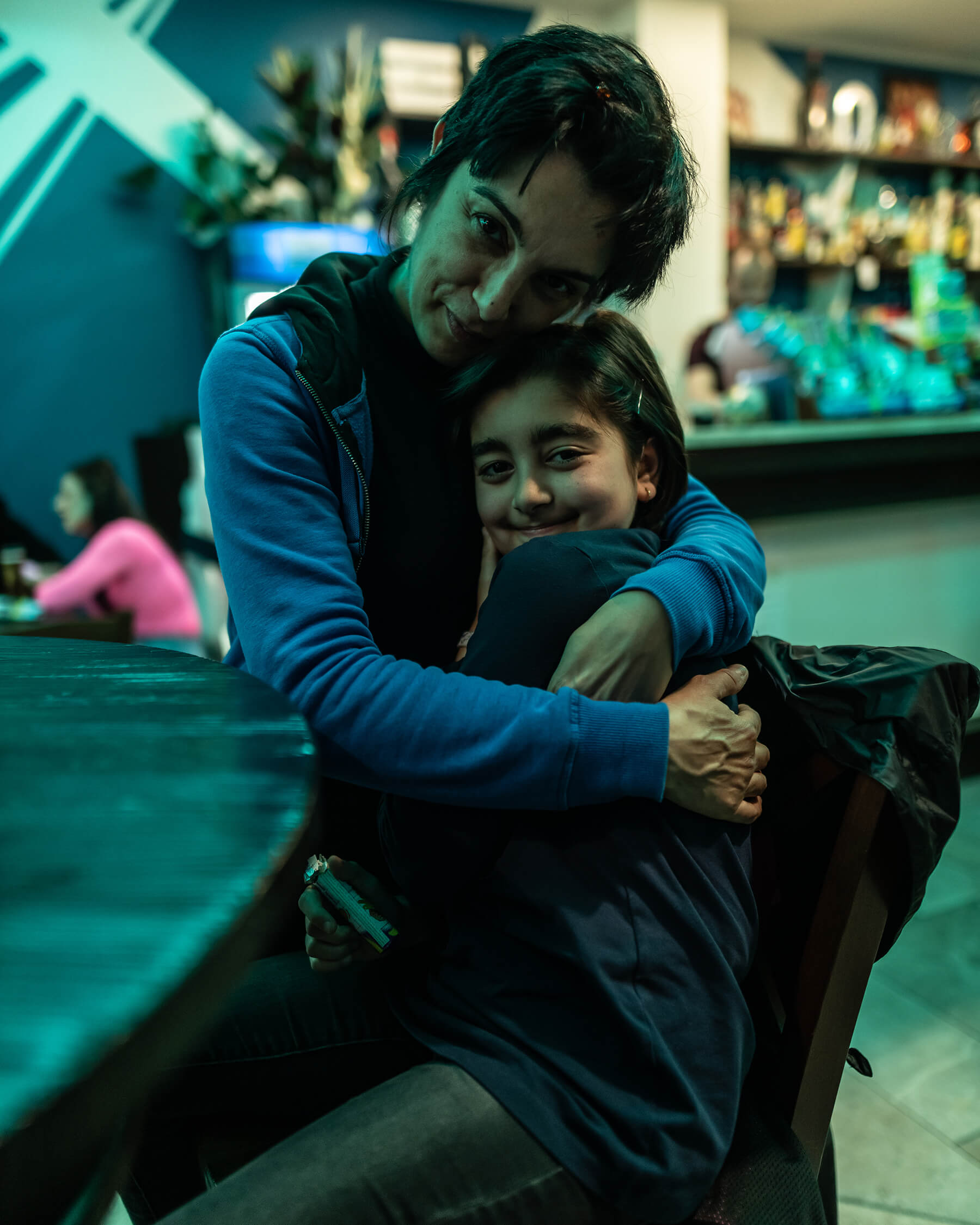 This is my friend Donatella and her beautiful and absorbingly congenial daughter Analisa. Donatella helps manage the wine cooperative in Dorgali that is responsible for the production and distribution of one of their increasingly popular wine exports:  Cannoneau. The Cannoneau grape, which you might also know as Grenache, has become trendy in recent years, due to its noted association with long life. In short, the preponderance of grey hairs in this area of Sardinia has been attributed—dubiously, I’d say—to the high level of polyphenols in Cannoneau.  And as health trends go in the US, as soon as something is coined a superfood or associated with longevity, it becomes a fad item that becomes, in some ways, a stand-in for all of the other important variables that make it a “health” food.

The seniority of Sardinians is obviously more than just a matter of drinking large volumes of Cannoneau, though it apparently has not done any discernible harm. Interestingly, in a recent Lancet study (and in the American medical community more broadly), researchers claim that NO amount of alcohol is safe for consumption. Sardinians drink two glasses of wine per day on average, and while Sardinians alcohol consumption is well above the recommended amount (enough that my former PCP would have a “conversation” with me for 14 drinks a week) and above the OECD average, they do live longer—much longer. As a matter of record, Donatella, the charming woman that you see in this post has a great-grandmother who is over 100 years old, and she still very much enjoys her daily Sardinian wine ration.

Sardinia has been designated a blue zone, that is, a geographical area with a high proportion of centenarians, and while some studies have been making dubious claims about alcohol consumption, they have not considered several important variables. Firstly, most Italians generally consider wine to be food, i.e., when they consume it, they are pairing it with something edible, whether it be meat, fish, cheese, or lots of delectable honeycombed bread. What is difficult to understand is how the researchers and doctors can make such unequivocal claims considering the the incontrovertible fact that Sardinians imbibe much more than the recommended average, and happen to live much, much longer. I am not saying that boozing and eating salty cured meats and cheeses is the fountain of youth, it isn’t, but it is a bit presumptuous that a culture (American culture) so clearly obsessed with gluten, lactose, probiotics, prebiotics, leptins, paleo dieting, etc. live much shorter lives on average than a population that eats copious amounts of Fiore Sardo, prosciutto di Pecora, and bread—there are over 300 types in Sardinia.

After spending a month in Sardinia, it became clear that people in this corner of the world have some notable cultural norms and values—not easily accounted for in medical literature—that I reckon have huge implications for public health. Having spent time with this lovely Sardinian family (and others), it became clear that the social lives of families and friends were very intimately connected and collaborative, not competitive. It was a bit of a revelation to see how Donatella and Gianni warmly treated other people’s children.  It appeared more consistent with the affection of a concerned parent than the my-child-is-better-than-your-child toxicity that is commonplace in affluent American suburbs. Personally, it could not have been more antithetical to the zero-sum winner-take-all type of society that America has become.

Toxicity of the American Lifestyle

Toxic competition has permeated every aspect of our lives as Americans and even informed the way religion is practiced in the United States, e.g., Calvinism and prosperity theology.  When I returned from Sardinia, I was more than taken aback to hear the following story, regarding a practice called “opportunity hoarding”.  In the story, WBUR host Robin Young interviews Washington Post journalist Caitlin Gibson about an increasingly common form of “opportunity hoarding”: child slander.  Parents of children applying to elite universities will in many cases anonymously call, write, or post disparaging material on social media about other children competing for the same coveted spots.  That is not to mention how zoning regulations have been used to systematically exclude ethnic minorities from the better funded and much more competitive K-12 school districts.  In fact, the country-club-like-culture of American opportunity has become so pervasive, that neither political party is comfortable with addressing these inequalities.  It is partly why so many working-class white Americans jumped ship on the Democratic party.  The 90s treated our “educated” and “socially liberal” elite very well indeed.  During that same period, manufacturing jobs evaporated, working-class towns fell into economic ruin, pension funds that had made a dignified retirement possible were privatized (and egregiously mismanaged by Wall Street), and the wealthy elites on both sides of the political ledger got significantly richer.

That is not to say that healthy competition is bad, it most certainly is a good thing, but it must be predicated on a set of rules that are actually fair, transparent, and agreed upon.  One of the reasons that I love competitive sports as much as I do is that all the participants—well maybe not four-year-old soccer players—know the rules of the game, and those rules are not subject to change just because one person—or group of people—wields more power than the other.  It is for this reason, that so many young black men perceive sports as a reasonable way out of an otherwise exceedingly prejudicial and dangerous society.  And remember the expression, only a game?  Well, that expression is supposed to apply to sports, not to life.  The expression suggests that any person can win or lose on a given day, but what really counts is character and humanity.

When we talk about “winners” and “losers” in terms of the economic pie and opportunity, this binary view of the world starts losing its moral bearings very quickly.  If you look at the distribution of basic resources—let us use water as an example because nothing is more fundamental to life than water—the moral implications become stark.  Flint, Michigan is the municipal poster child of what happens when drinking water is mismanaged, contaminated, and then knowingly distributed to the public.  Over 100,000 residents, that is, men, women, AND children were exposed to lead levels not fit for human consumption, and 12 people died because of legionnaires—a disease caused by contaminated drinking water.  It would be reasonable to assume that Flint was a bit of an outlier, however, there are 32 other cities in the US that are supplying public drinking water with lead levels exceeding the FDA guidelines.  Should this even be a partisan issue, or should it just plainly be an ethical one?  Obviously, this question is highly suggestive and rhetorical, so the answer should be obvious.  When it comes to the basics of survival, it is not “radical” or “socialist” to think that every man, woman, and child in this country should have access to water that is unleaded.  How can this “playing field” be fair or the world be “flat” when so many Americans do not even have access to the most basic of building blocks in life, potable water? 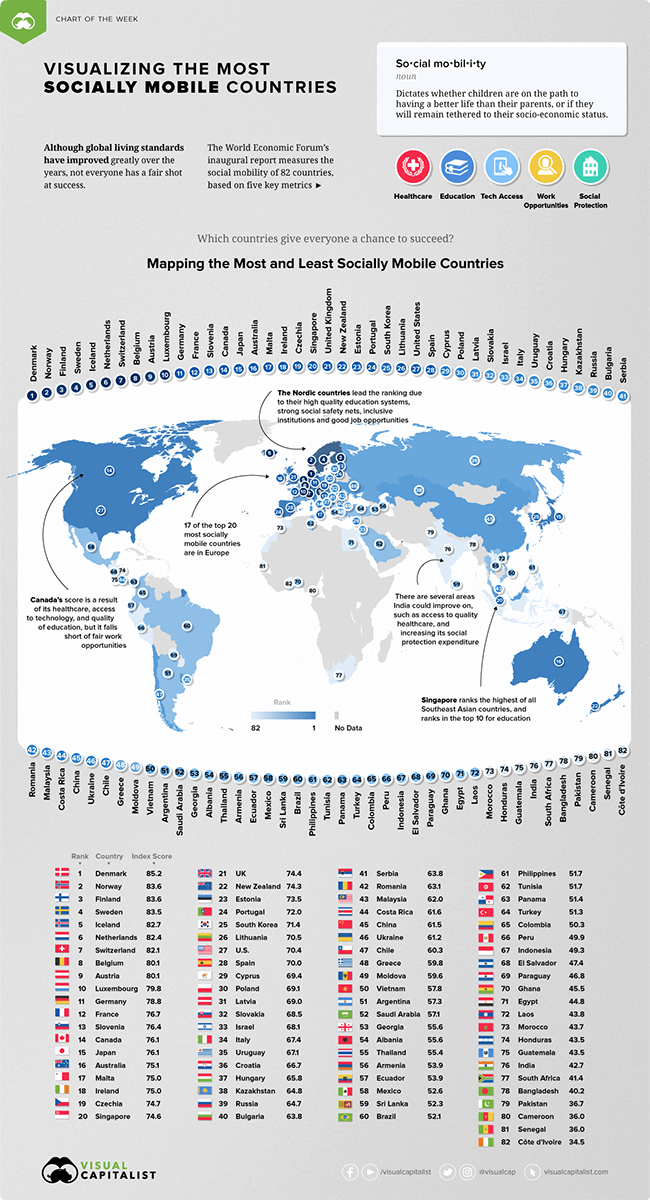 While many people think Donald Trump is THE problem, and he certainly is A problem, our win-at-all-costs political and economic culture have made his presidency a predictable—and to a certain extent, deserved—political reality.  Those that have allied themselves with him, do not really buy into any coherent ideological worldview, but they do share one thing in common, they are unscrupulous opportunists looking for the next win-at-all-costs victory.
And “thoughts and prayers” are as likely to address this societal decay as they are to immunize you from COVID-19.  It never ceases to amaze me how many so-called-Christians have allied themselves with this pariah.  I grew up going to Sunday school and I have a difficult time thinking of any person that is as antithetical to the teachings of Jesus as Mr. Trump.  To the people in the evangelical community that support Mr. Trump, I ask you to reconcile this Biblical lesson:

“What good is it, my brothers, if someone says he has faith but does not have works? Can that faith save him? If a brother or sister is poorly clothed and lacking in daily food, and one of you says to them, “Go in peace, be warmed and filled,” without giving them the things needed for the body, what good is that? So also faith by itself, if it does not have works, is dead.”  -James 2:14-17

If Jesus were alive today, he would be furious, like the money-changers-in-the-temple furious, of what American Christianity has come to stand for.  Jesus would tell evangelicals, as he told the disciples, that you can’t just pray your way out of systemic socioeconomic and epidemiological problems, you need to take a stand and say, “I do not care what my political allies or status quo says, this is not right and needs to change!”

It was, in a word, heartening—and an important lesson—that people in Sardinia prided the success of their community and the people inhabiting it, as the tide that raises all boats.  Having come from a provincial Boston suburb, where you grow up with the impression that winning is oh-so important (whether it be in sports, academia, politics, finance, etc.), it is striking to see how other people live and how we clearly can learn a thing or two.  And this is as applicable, if not more so, to the crunchy and liberal society I grew up in than it is in urban and rural America.

So you might reasonably ask, after going from Cannoneau to community relations, what does this all have to do with longevity? My impression is, almost everything. Feeling useful and being a moving part in something greater than yourself, i.e. a community, is central to living happily and living long—early retirees have a 37% higher risk of death than those that retired at 65.  Retirement facilities do not really exist in Sardinia.  In some ways, a retirement home is a cruel affirmation that a person has outlived their use. By contrast, the older folks in Sardinian communities are generally socially engaged, put to task, and can often be found upright, on foot, and mixing it up in their town squares, at family dinner tables, and community gatherings. So maybe the next time your primary care physician gives you an annual checkup, he should be just as concerned about your sense of community—and participation in it—than he is in the number of glasses of wine you indulge in per week.