The US, according to the World Health Organization (WHO), has a high probability of becoming the new epicenter of the Coronavirus outbreak. WHO spokesperson, Dr. Margaret Harris, told reporters yesterday that 40% of the previous day’s newly confirmed cases reported were in the US, and this proverbial storm, of almost biblical proportions, has not even made landfall. That is why we thought it would be helpful for people to read a first-hand account from a friend and colleague living in the northern Italian city of Treviso. Davide Dal Bo lives and works in Treviso, which is currently under a 24-hour government-imposed quarantine. Davide is a friend, colleague, and a very thoughtful collaborator. Please read his account carefully and understand that the conditions in the US, with each passing day, will likely resemble the fallout in Italy.

This is a war against an invisible and almost unknown enemy. An enemy that kills. An enemy that instills fear and absolute insecurity, an adversary sometimes even worse than death. An enemy capable of postponing the Olympic Games. In modern history, only WWI and WWII were capable of achieving the same result. 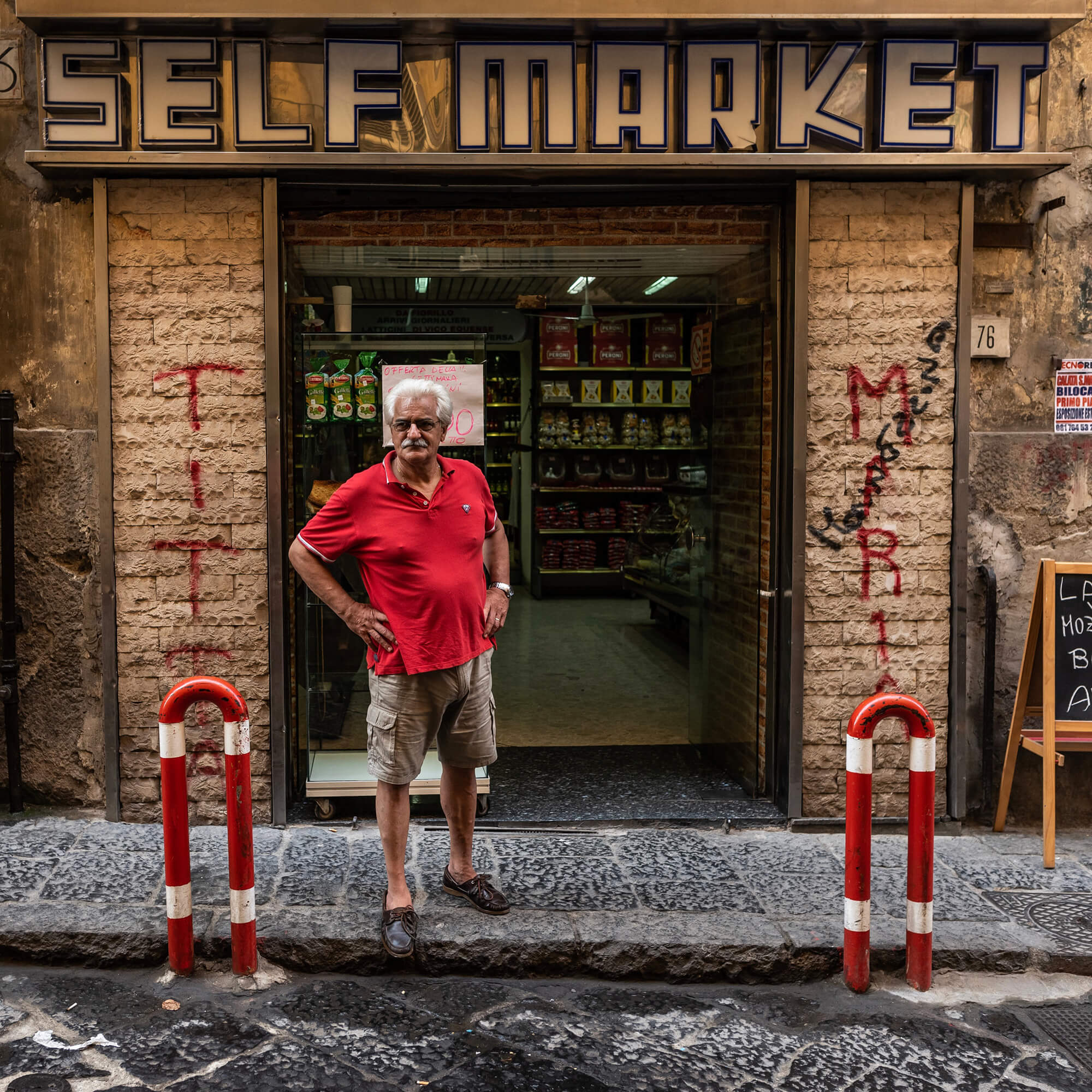 Here in Italy, we have been hit hard by this virus. The numbers are telling: at the time of this post, we have 74,386 confirmed cases with 7,503 deaths.

Virologists in the scientific community agree that the untested positive cases are at least 10 times higher, and the vast majority of the untested old people who died at home in this period of respiratory issues, would likely test positive for the novel coronavirus, and there are A LOT of them. This would mean that more than 700,000 people could be potentially infected, in Italy alone.

But those numbers are people. Many of those people are dying, and most of them suffering in intensive care and critical care – a system teetering on the edge of collapse – along with their families: relatives are not allowed to see admitted patients, for obvious reasons.

So those affected by the virus enter the hospital not knowing when, or if, they’re going to get out, and on top of that, are unable to communicate with their loved ones. We’re talking about thousands of people who are in this situation right now. Even one single loss is a tragedy. I think about those families that have to deal with the trauma of loss, and yet they can’t even prepare or attend a proper funeral (funerals are not allowed) or see the body of their loved ones–bodies are now being transported out of population centers in military trucks because the graveyards are full. 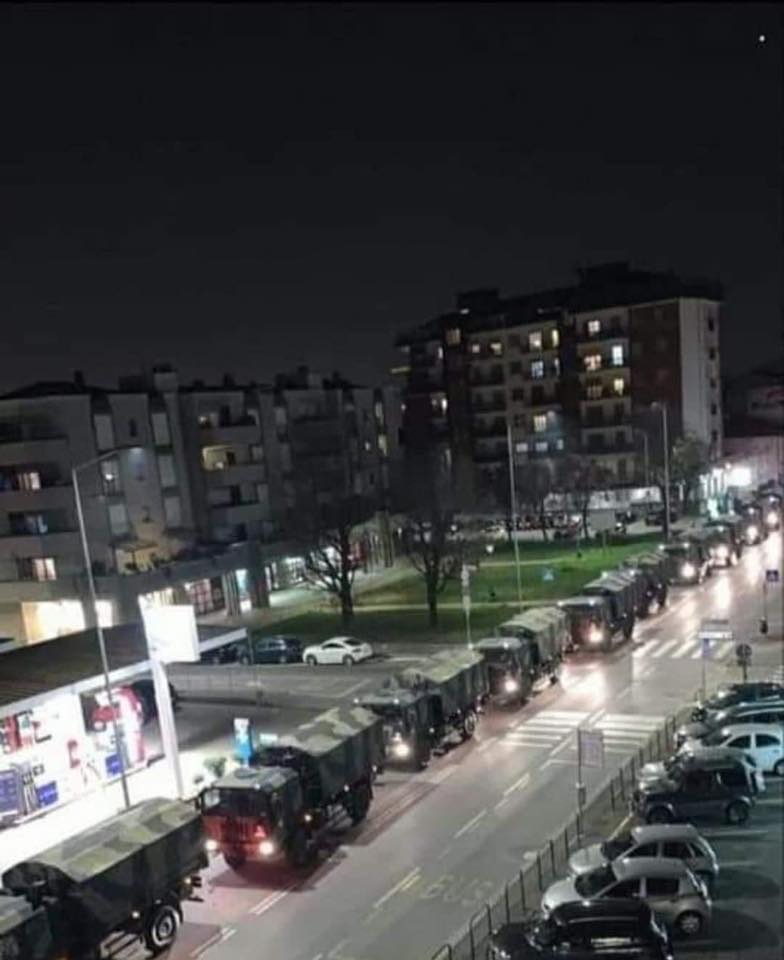 I’m also thinking about the doctors, the doctors who look in the eyes of those people moments before they’re being intubated, or having to make the impossible choice of who can or should be saved.

More than 5,500 doctors and nurses have been infected by patients in the last days. 31 of them are dead, maybe more. A nurse in Venice was tested a few days ago because she exhibited coronavirus symptoms, but she killed herself before receiving the results, probably because of the desperation and death she saw, and the overall pressure of this crisis. She was 49. Yesterday, an anesthesiologist who worked in intensive care killed herself. She had the virus and self-quarantined at her home on March 10th, but feelings of guilt associated with potentially having infected others was too much. She was 35. 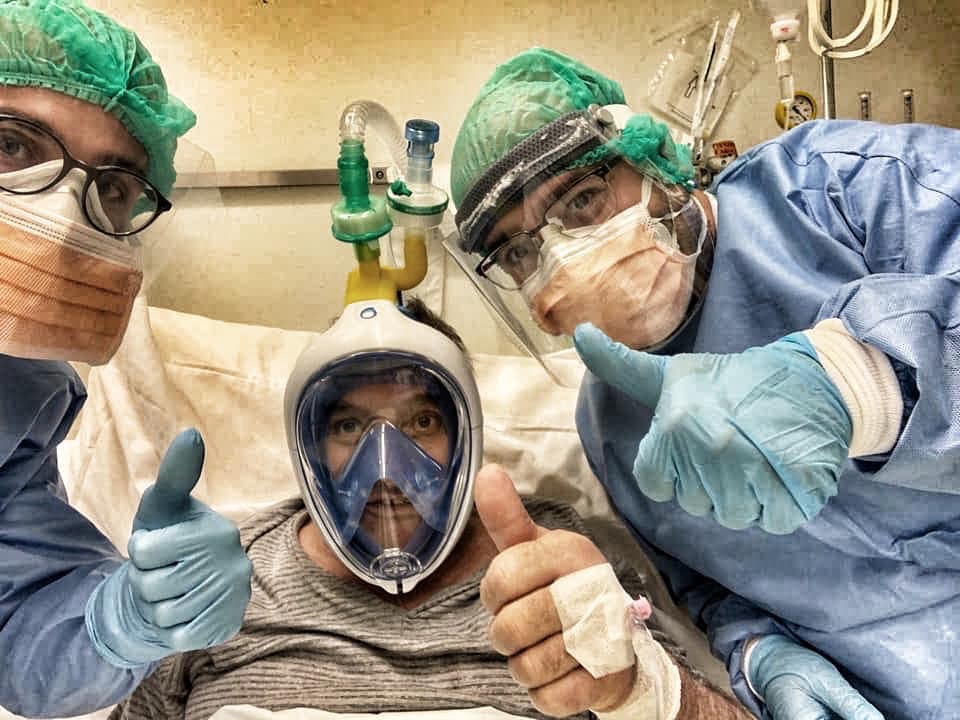 There are countless unrecorded tragedies in this larger tragedy, but there are also joyful stories of people literally putting all their energies to help in times of trouble by doing important, but unglamorous work: building and wiring the camp hospitals, cleaning the wards, controlling the streets, cooking for doctors and nurses, and creating improvised respirators for sub-intensive care with 19-Euro snorkeling masks from Decathlon–a group of young Italian engineers were able to modify those masks, literally saving lives.

Our hearts and our minds, if we stay united in this crisis, will give us the strength to get through and learn how to be better individuals, respectful and “more aware” of a community that is, not just confined to our towns and cities, but the entire world. A world not just populated by humans, but by nature itself.

But for now, people are dying and the only thing we can do to help is staying at home. Our grandfathers were asked to join the army and pay the ultimate price for their country. Now they’re asking us to sit on the couch and watch Netflix. I’m pretty sure we can handle it.